if your interested in doing a catch can there are so many version out there right now.

when i looked for one i was looking for a version that was small enough to fit anywhere in the engine bay.
also i wanted an AOS version or commonly known as an air oil separator. these are way better an any catch can as you dont have to do any maintenance on them. i dont really want to describe the difference here but you can look it up what an AOS is. currently i havent seen one made for our cars but the more current one is made for the JDM market such as Perrin's AOS. i have seen it in person and held one in my hand. i did notice it was pretty big and there was a ton of plumbing to it. omg, there was a lot of possible plumbing to it. way more than what i would know to do with.

the other option is to find an oil catch can but then i would prefer to get one with a quick release bottom. what that means is that when its time to do the maintenance we would just need to turn a valve to open and let the oil come out at the bottom of the can. currently the only version for our cars requires you to remove the can and open it up and dumping out the container.

recently i found one that did have a quick release on the bottom by boomba racing. with a quick release at the bottom all you have to do is just turn the screw and let it drain without removing the who catch can every time you drain it out.
they dont make a specific version for our cars but they do have a universal one. its small and has the quick release which is exactly what im looking for. it also has only two plumbing ports which will make the install easier.
boomba universal catch can with release valve 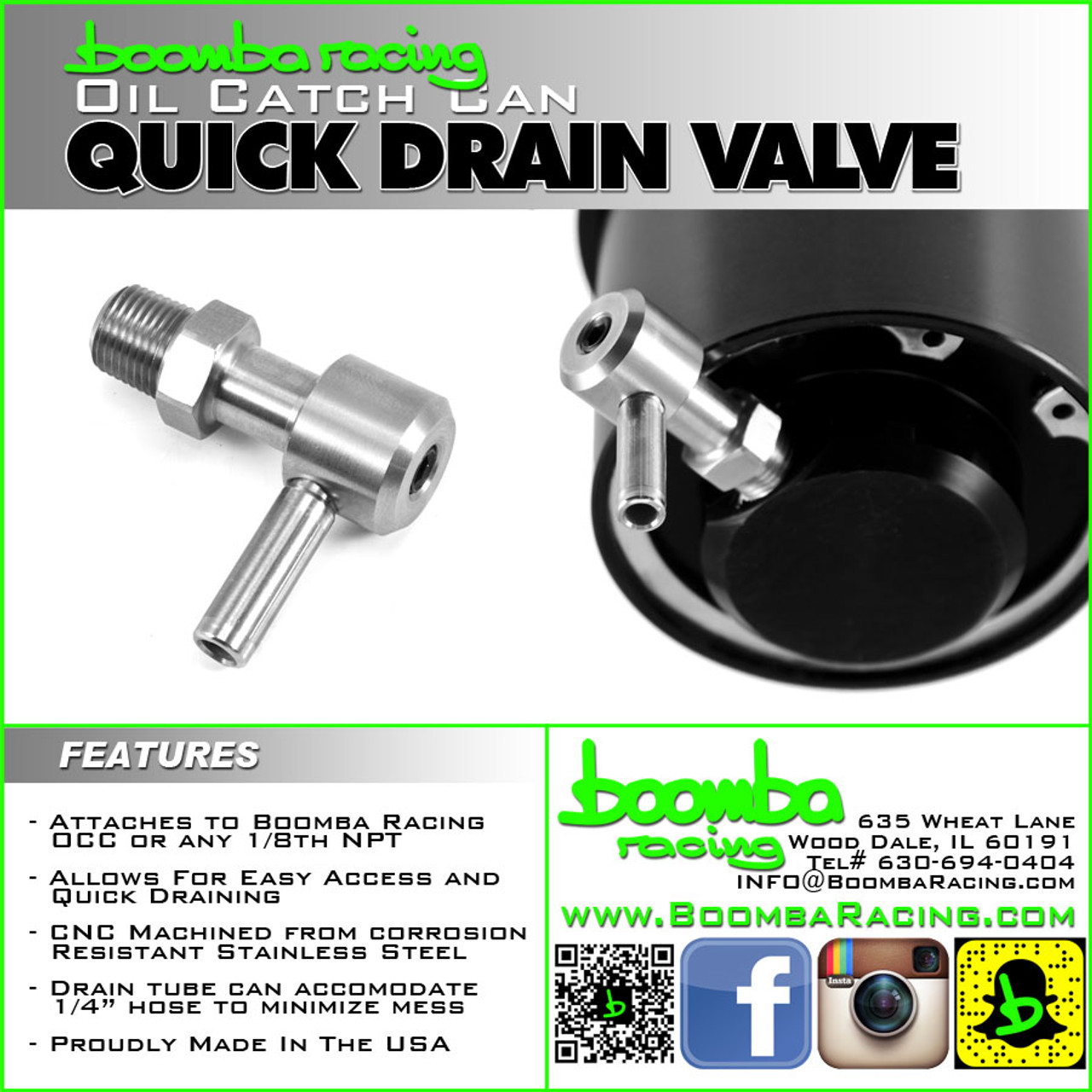